Let us look at this with examples. 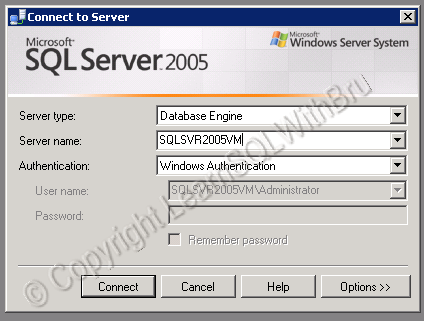 Connecting to a named Instance:

Note: It is possible to configure the port number of a named instance to be 1433 in order to be able to access similar to default instance (without the back slash), but that case is not considered for this blog post.