First we create a database by using the simple command “Create Database databasename”, in this case the database name is 2008R2db. In the query I included @@version to show what SQL Instance I am creating this database on.. When the query is run, the database is created and also the SQL Server Version Information… 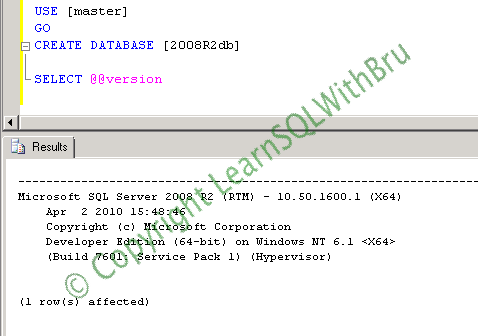 Next I backup the newly created database to C:\2008R2db.bak using backup database command in T-SQL. The below is the screenshot when I ran the backup command.

Next I login to a SQL Server 2008 Instance in this case, which is on the same machine, and open a new query and run the restore database T-SQL command trying to restore from the backup file that was just created on 2008 R2 instance.

As mentioned earlier, the restore command fails, giving the error details in detail that the database versions do not match and what SQL Server version the backup was taken on.. 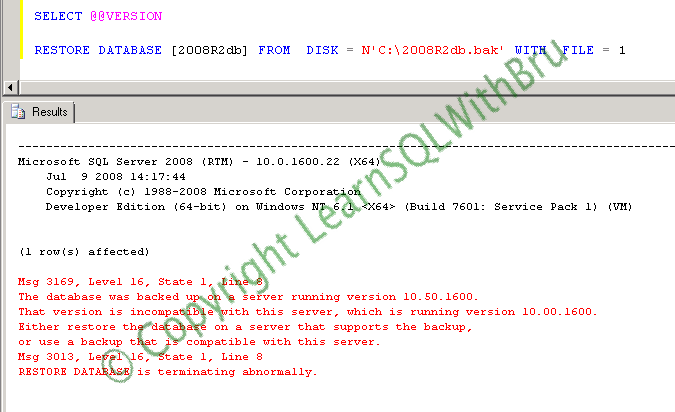